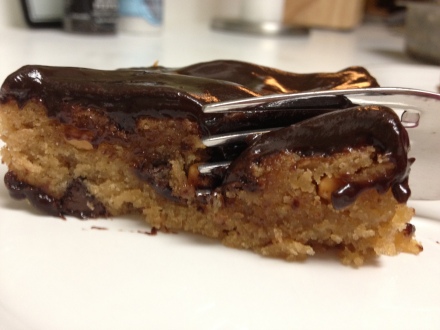 I’m visiting my brother and sister-in-law, so in addition to making a full dinner (fried chicken, green beans, mashed potatoes, gravy, biscuits…) we needed something delicious for dessert.  We searched around for some peanut butter and chocolate desserts and almost settled on a couple.  Before making our final choice, I thought I would check smittenkitchen.  That’s where we found this recipe for peanut butter brownies (http://smittenkitchen.com/2007/10/peanut-butter-brownies/).

They are … awesome (am I repeating myself?).  Gooey like a brownie with the delicious peanut butter / chocolate combination.  I’ll show you the steps I took to make the brownies, but here is the recipe.  We used chunky peanut butter rather than smooth, and I liked the extra crunch. 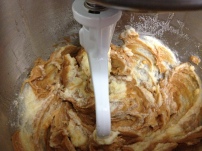 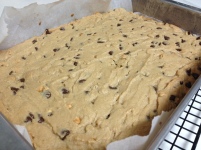 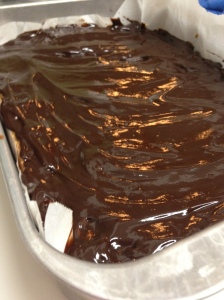